“There is no sincerer love than the love of food.” George Bernard Shaw

Entry into the world of nutrition

It all started when I was fourteen, when my friend and I came across the first books about nutrition. One of them was called “Skinny Bitch” and you can infer already from its title how credible its content was. The book did its job though – ignited a spark of interest in me. At the time, as a teenager, I was filled with anger at the unethical animal farming practices. Surprisingly, for how young I was, I became a vegetarian with lightning speed and then, as if curtains opened before me, I entered into the world of nutrition. I educated myself in the basics of nutrition, physiology of human body, food chemistry, psychology of eating. I started to enjoy it. And food was omnipresent. At breakfast time, snack time, in the school canteen, at the restaurants, on the shelves and conveyer belts in supermarkets, when I went on trips, vacations, when surfing the internet, when I was with friends and family…

So that’s the story of how I fell in love with food. I encountered many opinions and attitudes. I did agree with some and agreed less with others. I heard some contradictory opinions, too. I was interested in finding out the truth and often asked myself questions starting with Why? and How? That was also the time that I started to toy with the idea of studying nutrition.

My interest in nutrition grew with every month that passed. It partly grew into an eating disorder when as a seventeen-year-old girl I started to visit Pro-Ana blogs. Fortunately, I realized in the beginning what the risks are and what problems I could quickly get into. I told myself: “You either start eating normally or you’ll fall into it,” and made the right decision. At the same time, I understood that not all the girls my age did.

Shortly afterward I was supposed to choose a university program and my choice was obvious: Nutrition therapy at Charles University in Prague (Univerzita Karlova v Praze).

Studying nutrition on a medical faculty meant, first of all, learning about the human body and its functioning. What really bothered and amused me at the same time during the first year of my studies was the study of human anatomy. I remember for instance how we went to library counter to ask for bones instead of books. “One piece of femur, please.” And then there were other, less amusing – but no less interesting subjects, such as pathology, pathophysiology, psychology of nutrition consulting. 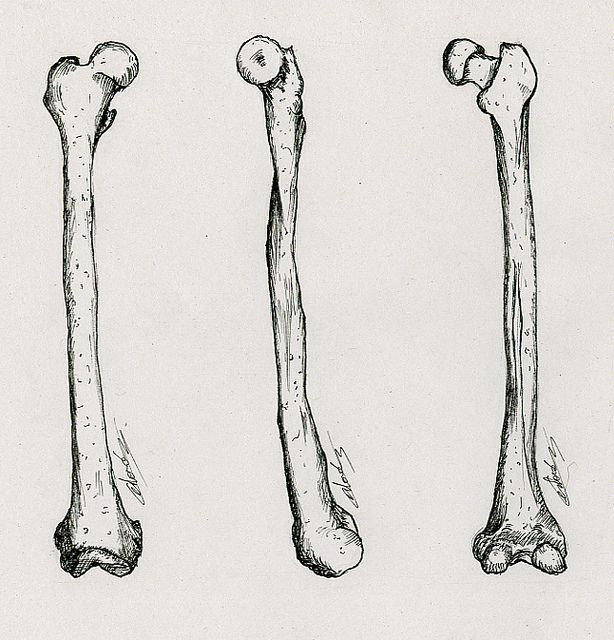 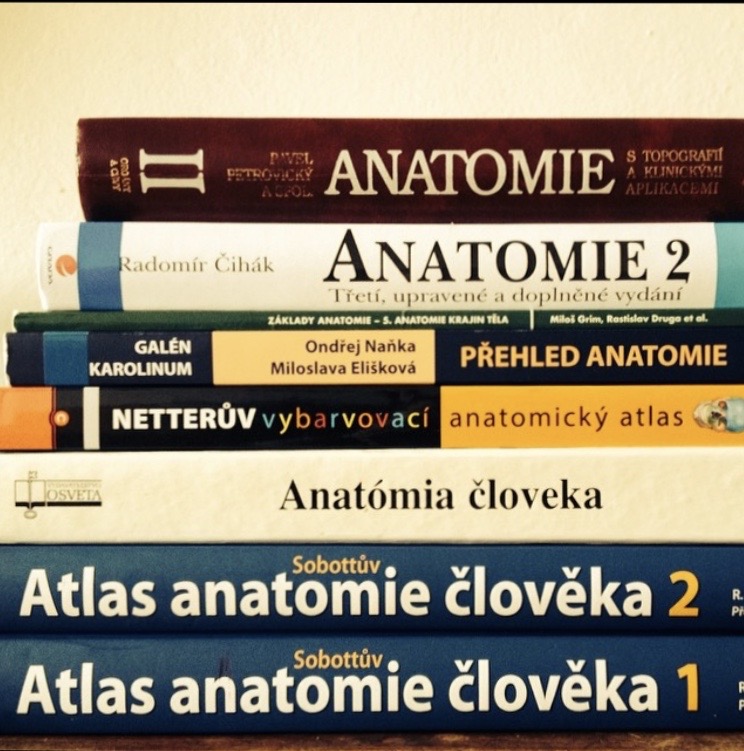 Shortly after I began my studies at a university I started to pay more attention to lay opinions of the general public concerning healthy diet. It got even more complicated with my growing interest in nutrition. The market was full of self-styled experts. The worst thing about that was that the information that they gave out to their clients was incomplete, misleading and “played into the consultants’ hands”. The more I observed this, the more convinced I became that I wanted to be different. So I accepted the challenge and decided to pursue my studies at a University of Chemistry and Technology in Prague (Vysoká škola chemicko – technologická v Praze) and study Food Technology. For the most part, I studied food chemistry, physical and chemical processes of food engineering and microbiology. I specialized in technology and chemistry of carbohydrates and grains. I became a full-time student, going to two universities at once. I realized what’s it’s like to work for twelve hours a day for free. Well actually, not for free. It cost me all of my free time. I spent a lot of it in the lab where I even started to wear slippers, as if I was at home. My “laboratory coffee” was filtered, or should I say filtrated? 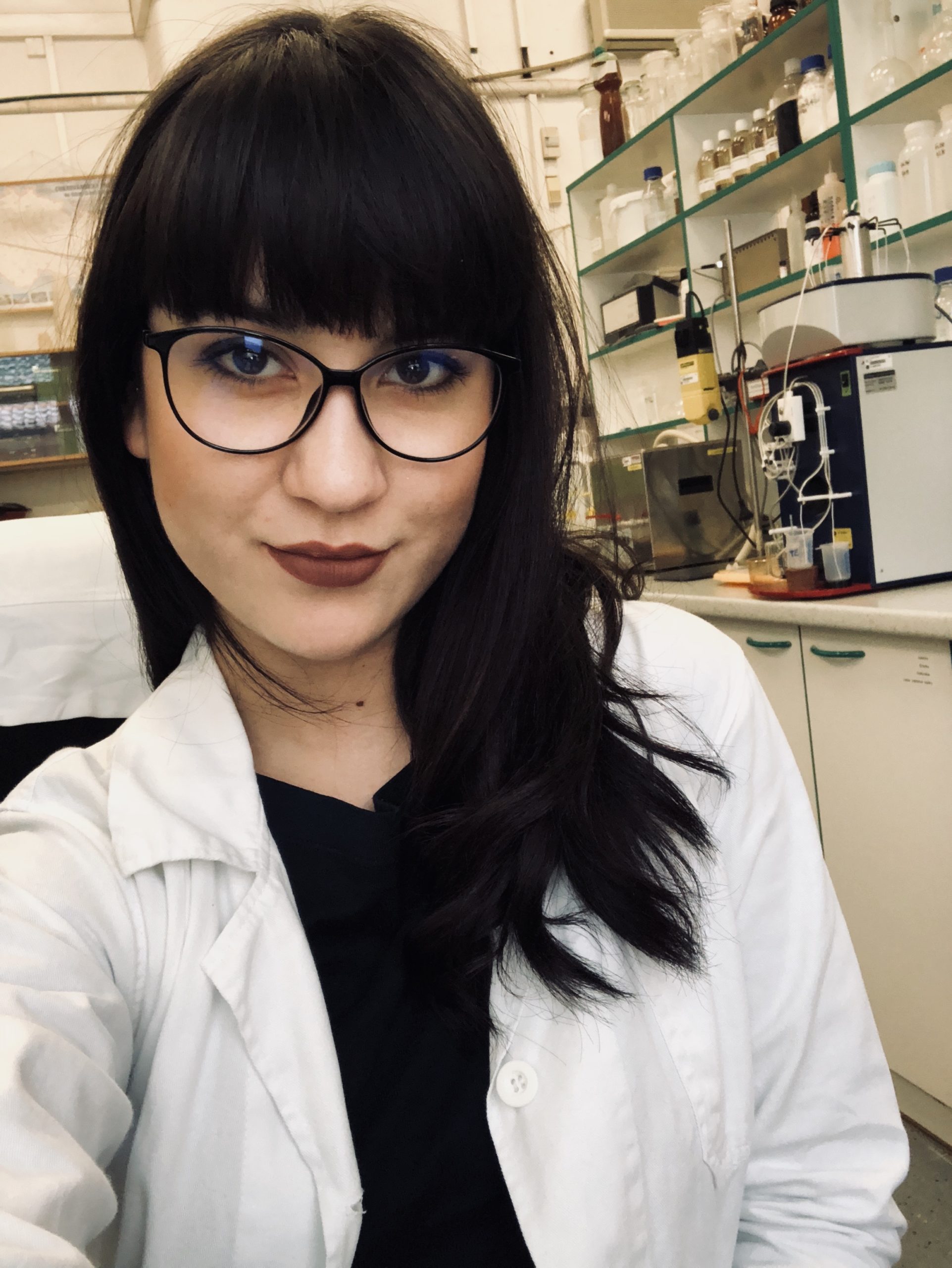 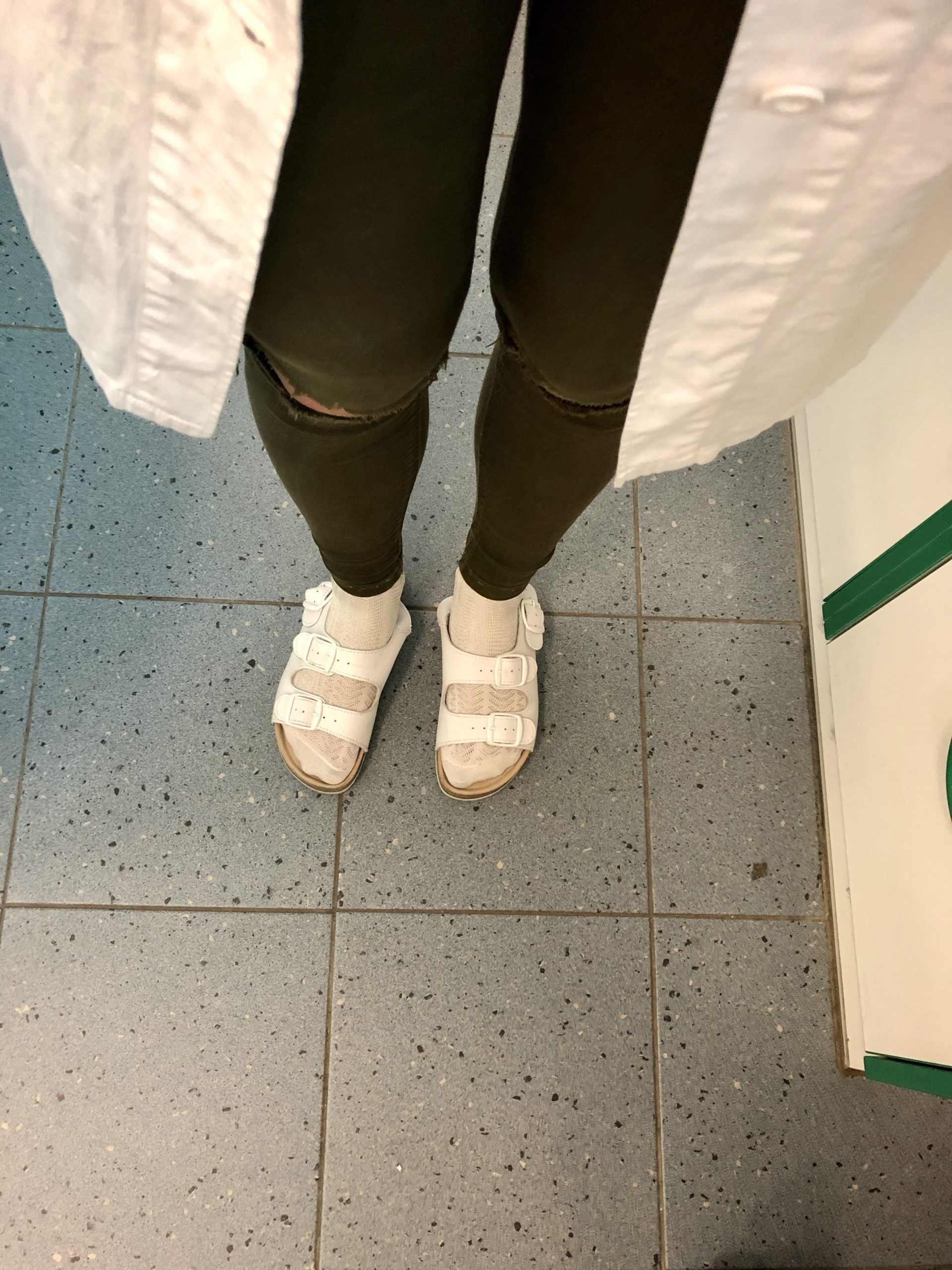 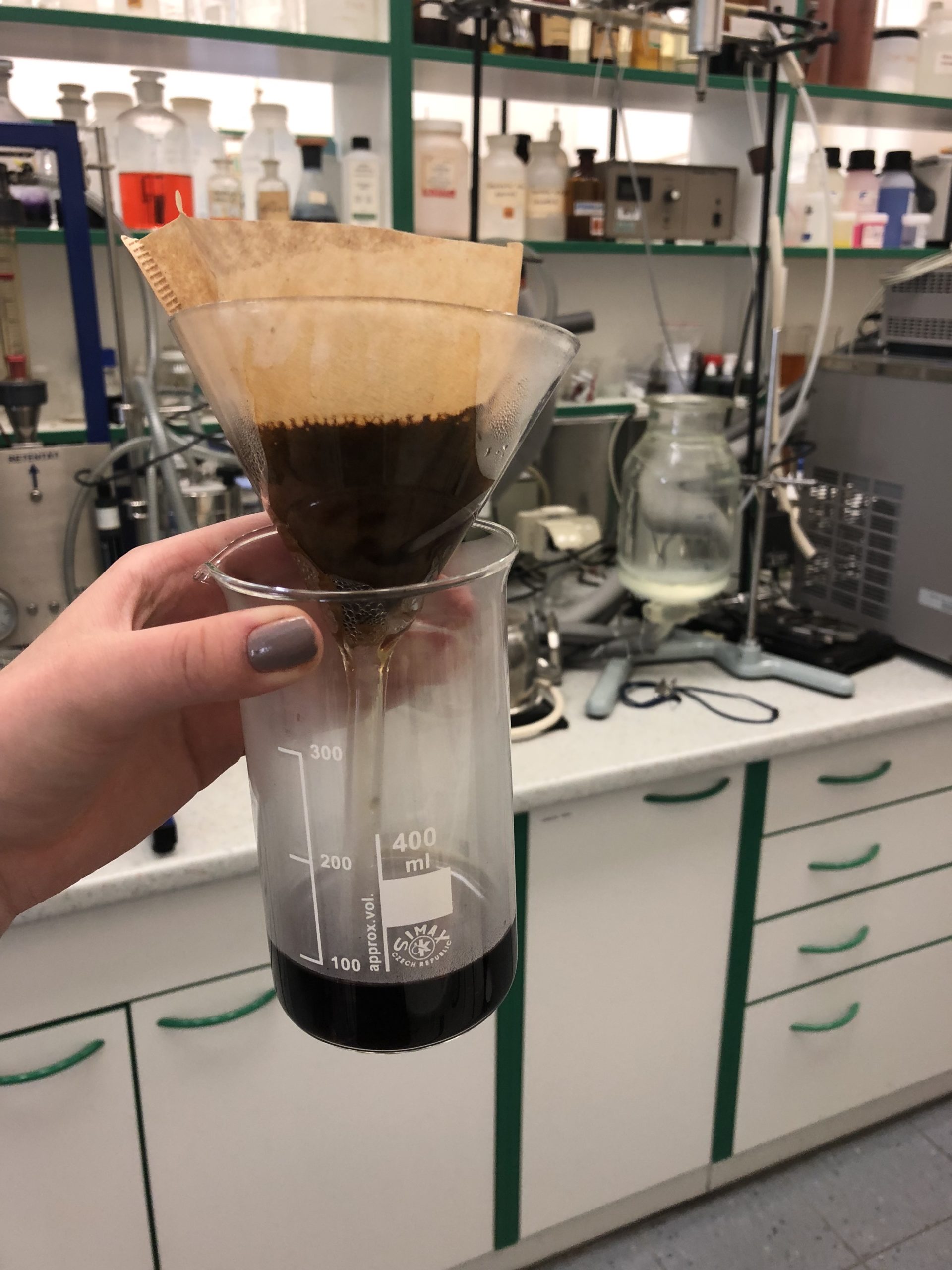 NTK? Is that a music club?

I had to explain to my friends that NTK, where I was on Fridays night, was no music club but Národní technická knihovna, or Czech National Library of Technology. Although the NTK did organise a concert from time to time. Almost every student came gratefully to listen, as you can see in the picture. We could say there were quite a lot of us… 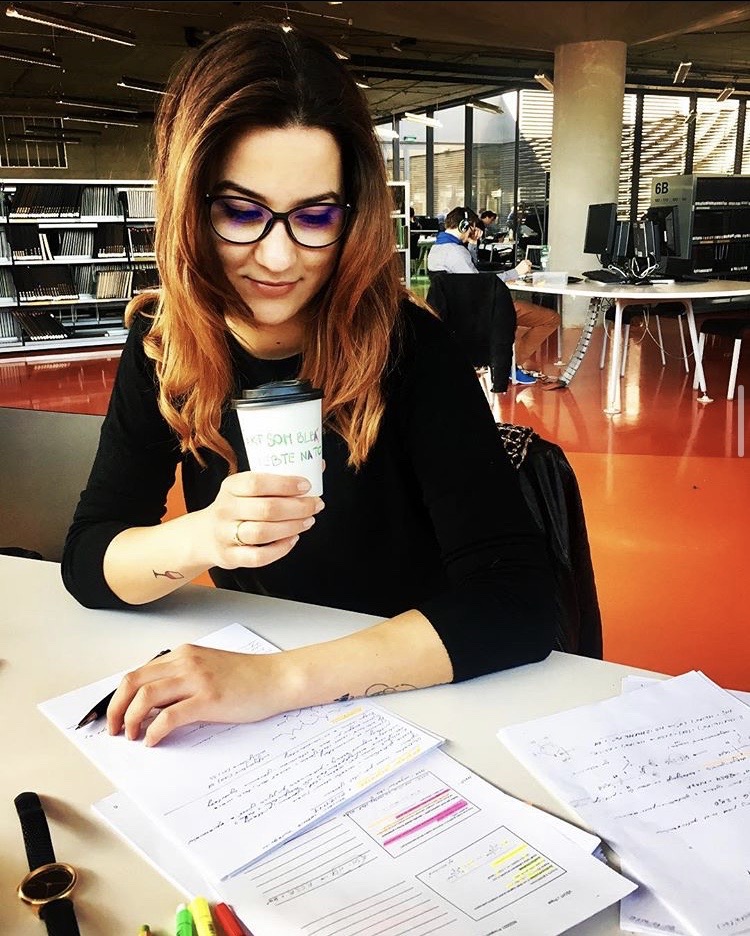 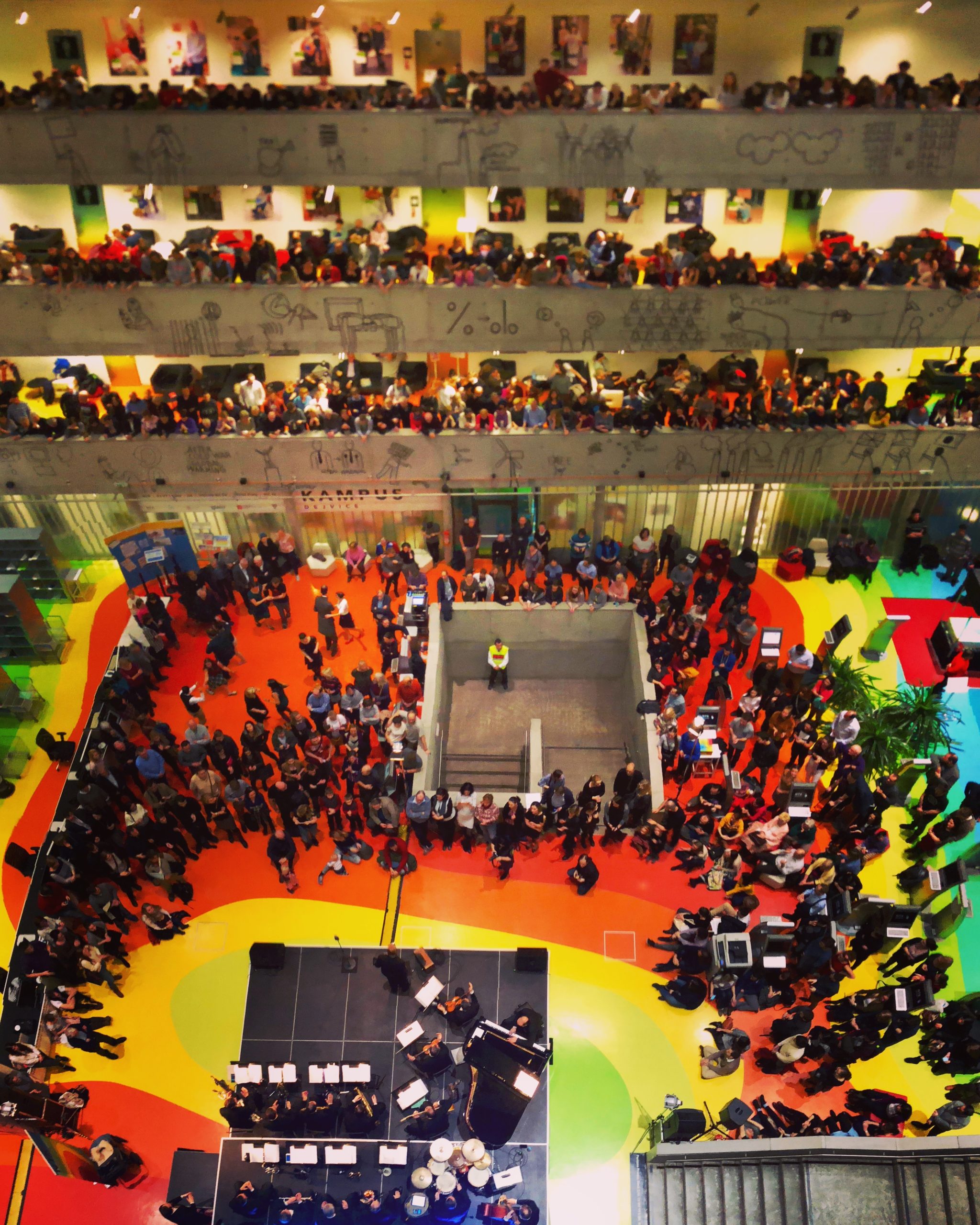 I earned the nickname Science Academy. It was one of the libraries where I temporarily moved. After I woke up every morning I felt really proud of being a part of this academic society. This library has stayed in my heart to this day. 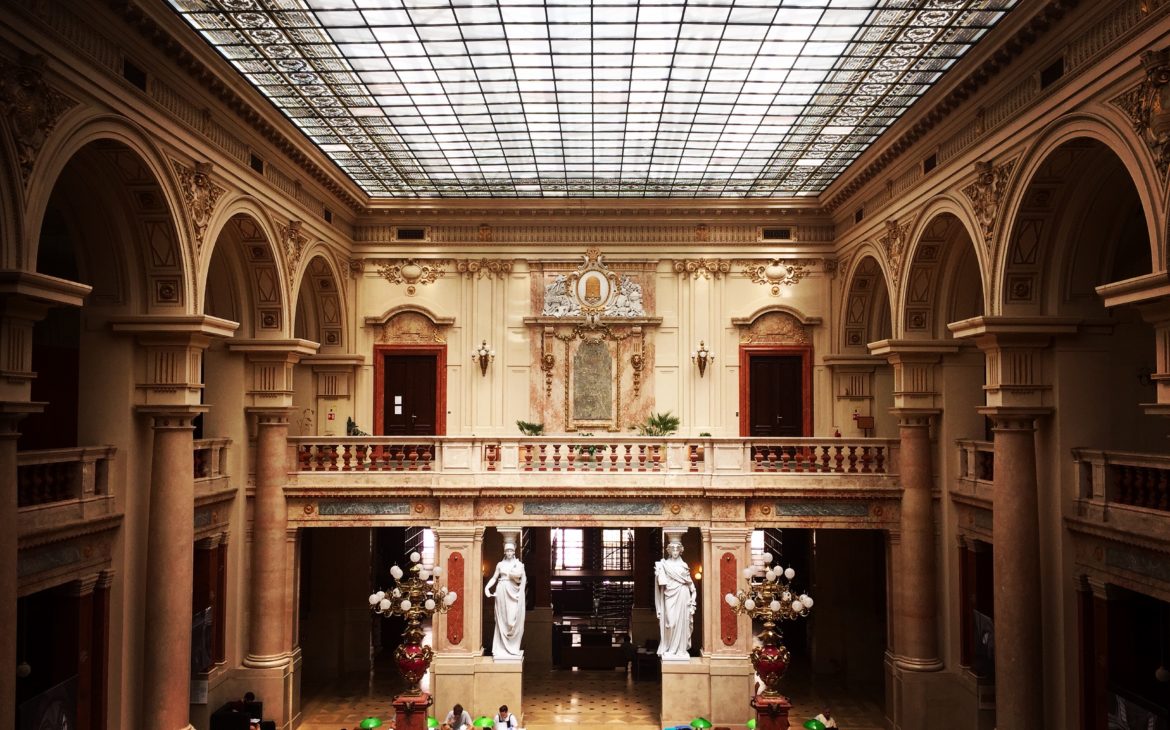 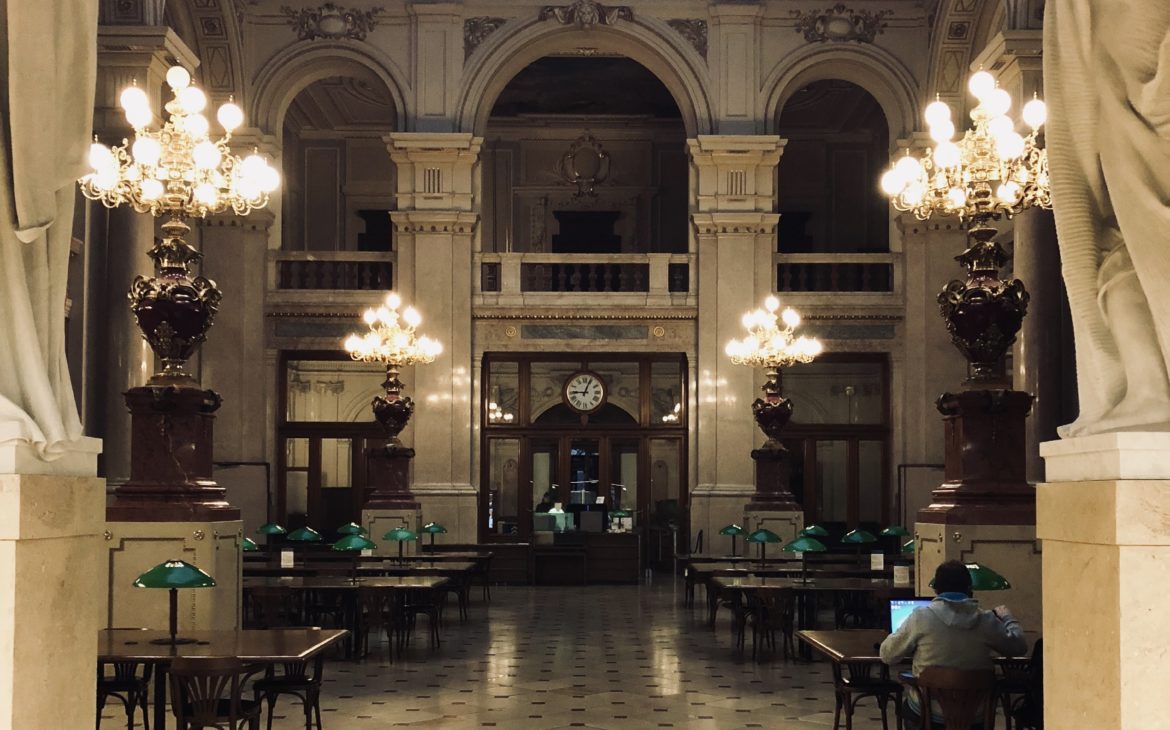 What I learnt during those six years

Was it all worth it? Of course it was! I found out for instance that nutritional science and food science are two separate scientific fields. Each exists on its own yet they intertwine, influence each other and together form a network of information that are so complex. The more time I devote to studying health, eating and food, the more fascinated I am by it. In retrospect I must say that all of my decisions that led me towards nutrition were undoubtedly the right ones.

The healthy 13: BMI, physical activity, and how many times per day to eat?